PROSPER Evolved through Over Two Decades of Partnership-Based NIH Research

The PROSPER Delivery System is a third-generation model for collaborative research and program implementation that has evolved from a series of partnership-based prevention projects grounded in the linkage of the Land Grant University-based Extension System and the public school system. These projects, funded by the National Institutes of Health, have demonstrated how applied research can be used to address the goals of participating communities and to benefit both local practice and science.

Our evaluation of community-based interventions began with Project Family, a first-generation Extension-assisted delivery model employing Iowa State University Extension and involving a total of 33 Iowa school districts. During this project, Extension agents helped hire and coordinate local school staff, as well as other program facilitators and program support persons. These local staff worked with the university-based researchers and staff to implement and evaluate the evidence-based interventions selected for the study.

Through this experience, it became evident that involving Extension agents as intermediaries at the state’s regional level who assist in coordinating the intensive program implementation and evaluation work across communities is vital for the success of the project. This led to a second-generation, three-tier partnership structure for the Capable Families and Youth (CaFaY) project in a second set of Iowa school districts. This second-generation partnership, however, entailed only a loosely knit group of local residents who helped with organization and implementation of the intervention, but did not function as a locally sustained team in the traditional sense.

The successes of the first two generations of partnerships led to the third generation partnership model, called PROSPER. The PROSPER Partnership model was developed to test the feasibility of using small strategic teams of community volunteers, led by locally-based Extension Educators and public school representatives, to facilitate the sustained delivery of evidence-based programs. The evaluation of this model, known as the PROSPER project, is a joint effort between researchers at the Partnerships in Prevention Science Institute at Iowa State University (PI-Spoth, Co-PI-Redmond) and the Prevention Research Center at Penn State University (PI on subcontract-Greenberg, Co-PI-Feinberg), the Cooperative Extension systems of Iowa and Pennsylvania, and local school districts and community volunteers across Iowa and Pennsylvania. The original project began in 2001 and is now into its third continuation period with funding from the National Institute on Drug Abuse (Grant #DA013709).

Click here to read, "Opportunities to Meet Challenges in Rural Prevention Research: Findings From an Evolving Community-University Partnership Model," for more background on the PROSPER approach. 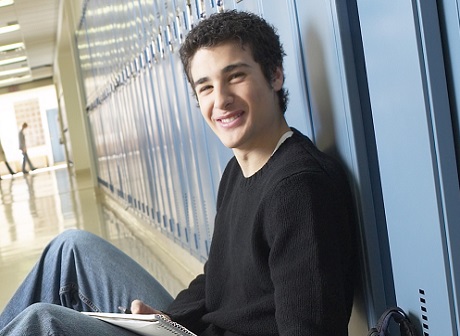 Funders of PROSPER Model Research Include: